You are here: Home / 8. Team / Team Versus Mission

On Sunday, I joined up with around 15 other people for a walk across the moors.

It was advertised on Facebook, with ‘Kit’, the organiser (someone known to me through walking) as a 16K walk, taking in 7 different reservoirs, and offered both a start point, start time, route and intended completion time.  It was ‘open to all’ and encouraged people to come as a family, bring their dog, and to simply enjoy some fresh air, exercise, and the company of others! – What could go wrong?

I invited a few friends to join me, who I know to be keen walkers also, and we met with around 15 or so others who had chosen to respond to the call also.

After a quick ‘brief’ by Kit’ regarding the weather forecast, ‘social distancing’ and the likes, we all set off in single file ahead of the day together. The weather was good, the group keen and ready for the day, all was ‘as it should’.

However, it wasn’t long before we began to notice a significant difference in pace and ability of the group.  There were those (such as myself) as seasoned and accomplished walkers, who were keen to ‘get on’ and whilst enjoying the walk and the incredible scenery, were looking to ‘make progress’.

Whereas others appeared to be far less accomplished.  I noticed how some in the group were wearing trainers and shorts. (More afternoon stroll through the park attire, than out for a hike). They had no bag, with food or water with them, and were quickly flailing behind the main group.

For us to maintain the group. This then determined a number of unplanned ‘stops’ allowing the less experienced walkers to ‘catch up’. But determined you were frequently warming up and cooling back down which as you may well know encourages the onset of cramp!

As this continued the gaps between lead and tail grew longer, quicker and of more concern. It was quickly becoming a ‘them and us’ and more difficult to manage. With the lead group keen to march on, frustrated by the many stops and continually moving around, stretching to prevent the risk of cramp.  Where as the tail group were also becoming frustrated, feeling they were being pushed to work harder (perhaps beyond their capability) and found the moment they arrived back with the main group, were unable to take a break, as the front runners were now setting out again!

Kit’s leadership was being sufficiently tested continually now, as the first group were keen to push on and the second group ‘wanted the same breaks as the other group got!’. Communication went from nice, pleasant, jovial chat, to more direct, demanding statements of intent and expectation.

Within the first 3 miles of the walk, the team dynamics had shifted significantly from a group who had come together to achieve a single purpose. To one completing with each other to either achieve the goal OR remain as a group! And at this point I found myself severely torn! 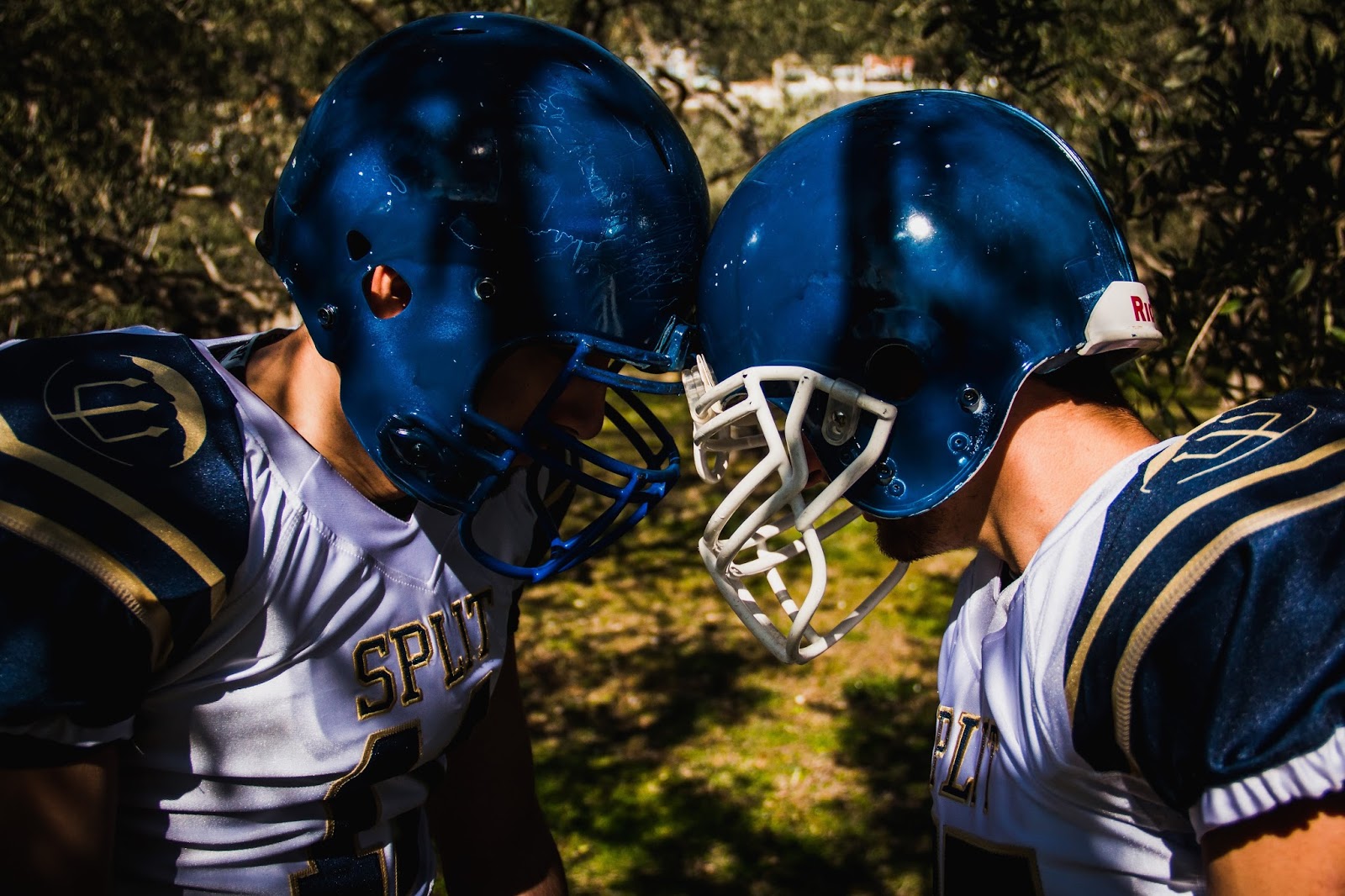 As a former soldier within the British Army we were always told “Never leave anyone behind” and I’ve ALWAYS known as a team to function effectively, you are only as good as the weakest part.  Therefore, to maintain TEAM you must move at the slowest persons pace.  However, it was quickly becoming evident, there was now a significant problem with this.

We had all agreed to meet at a certain point, enjoy a 16k walk, and return back to the location – Mission complete) at a certain time.  And whilst the risk of NOT achieving the deadline, may not be that important to those ‘out for a stroll’.  For the others of us within the team, we had chosen to commit to this for a set period, as time IS something EXCEPTIONALLY important to us.

Team ONE had a challenge, either maintain TEAM or split and achieve GOAL?

The next 3 miles the dynamics changed, we saw members of ‘team one’, move to the back and look to motivate and encourage ‘team two’ to ‘push on’ for both to be achieved.  However, this was quickly met with contempt. RATHER than see this as helpful encouragement, it was a challenge, and the more encouraging ‘team one’ tried to be, ‘team two’ slowed even further, asking for more breaks and fuelling the angst and divide.

During the 10th mile and the realisation we were less than 2/3 the way round, and not likely to complete until 2.5Hrs AFTER the initial stated end time, it all came to a head.  We reached a very soft ‘boggy’ area of the moors, where skill. Judgement and confidence determined if you crossed safe and dry, or a wet and covered in peat! Despite every attempt for ‘team one’ to help, ‘team two’ saw this as patronising and unwelcome. What ensued was neither pleasant or enjoyable, and we watched as others become more angry and disappointed at the day, the outcome, the leader, their selves!

With the group is disarray, and a breakdown between the two groups, it was decided ‘Kit’ would lead ‘team two’ and guide them off the moor and attempt to short cut the route back to the rendezvous. Where as ‘team one’ were keen to push on and achieve what they had set out to achieve, in the time left to do it in!

By the half way point I had realised several key points:

Yes, I know.  It’s a Sunday afternoon walk, and I’ve turned it into a fight for survival.  And perhaps I should simply chill out and enjoy the scenery!

But as a Business Owner, there are SO many lessons to learn from here, it wouldn’t do this justice NOT to share them that we may all take something from the day!

Who is on your team? Have you picked the right people for the task? How did you select them (Or did they select you?) Are they in the right positions within the business? Do they have the right training and equipment to work effectively and efficiently to not only contribute to the mission but help bring it in on TIME and BUDGET?

How well have you determined, documented, and communicated the business mission? How well informed are those on the mission with you? How clear are they about what it is? Their contribution to it? What that means to achieving the mission? What that subsequently means for THEM?

Do you have the relevant and necessary skills to manage the team effectively? Are you spending your time nurturing both them team and the people within it sufficiently to ensure they pull together to achieve more, rather than split into competing factions?

What considerations have you built into your mission to cater for unexpected obstacles and how you will approach these? What is more important, the mission or the team? And if pushed, which way would people choose?

I’ve seen SO MANY good businesses, hit a small problem, which creates a crack. A crack in the wall on which they are aiming to climb. Not big, not significant, not anything to cause alarm. But sufficient that is there, and gone unchecked, unaddressed, unchallenged will slowly grow.  The business continues to progress, more and more business is done, more employees are now on the team, and the crack continues to slowly ebb its way along the wall.

And then one day, and it might not be something that large, but something causes the crack to snap. There is divide, and before you know it, the whole damn wall comes crashing down all around them!

And yet to overcome this, to prevent it EVER being a problem is relatively straight forward:

Build a business with the right People, Systems and Processes who are dedicated to the mission and have the skills, capability, ability, and desire to achieve it!  Provide the right culture and environment for them to flourish and nurture them as individuals.

FAILURE to do this, and you simply risk building your castle on the sand!

Drop a comment below and let me know your thought on this?

And don’t forget to share this across your own network, for others to benefit also…

How to feed a superhero!

How to be a SUPER Boss!

7 ways to improve your influence

What I learnt from 153 failures

Are you looking to #ADDAZERO?

Book a 30 minute COMPLIMENTARY CALL to learn more about how to scale YOUR business!

CLICK HERE to see my calendar and book!
This website uses cookies to improve your experience. We'll assume you're ok with this, but you can opt-out if you wish.Accept Reject Read More
Cookie Information

This website uses cookies to improve your experience while you navigate through the website. Out of these, the cookies that are categorized as necessary are stored on your browser as they are essential for the working of basic functionalities of the website. We also use third-party cookies that help us analyze and understand how you use this website. These cookies will be stored in your browser only with your consent. You also have the option to opt-out of these cookies. But opting out of some of these cookies may affect your browsing experience.
Necessary Always Enabled

Any cookies that may not be particularly necessary for the website to function and is used specifically to collect user personal data via analytics, ads, other embedded contents are termed as non-necessary cookies. It is mandatory to procure user consent prior to running these cookies on your website.